You may remember a previous blog post about my Halloween photobooth. I did some pretty cool stuff in that post and it has served me well for my parties for two years now. I've had a few people say that I should really build it into a sellable solution, but I'm much happier just scraping by on what I need it to do.

In that post I played around with some hardware. Hardware scares me but I'm very interested in it because of that. If you remember in the post I said I was using a control board from XArcade that is really meant for an arcade control panel. Well, I haven't gotten around to talking about that project, but long story short, I completed the arcade cabinet and I don't have that control board to use for my one button anymore. I had to come up with another solution.

I really like the arcade button as the push button for the picture timer though. I have enough of those buttons left over where I could keep that but I had to find another way to invoke the switch.

I originally had the idea that I could tear apart an old keyboard and try to use that board and wire it to use just one of the keys. I ripped apart an old razer keyboard that had some problems and eventually got to the board but found that it used ribbon connectors and splicing something like that was going to be beyond my knowledge level. Then I realized that I have some old mice laying around that I could potentially use.

To clarify, I have a lot of old hardware. I always think that I should throw away some of this stuff because I'll never use it (why would I use it, it doesn't work anymore) but when I do throw it away I end up needing it the next day. I think this is the start of a hoarder, but I think I'm ok with that.

I go through mice pretty fast. I always wear through the left click buttons. They eventually turn to double clicks and then no clicks at all. I've tried to fix them and the fixes work for a few months then the process repeats. I have an old Razer DeathAdder that has that very problem so I decided to Frankenstein it into my button trigger!

After struggling to tear it open for about 45 minutes I finally got down to the board. 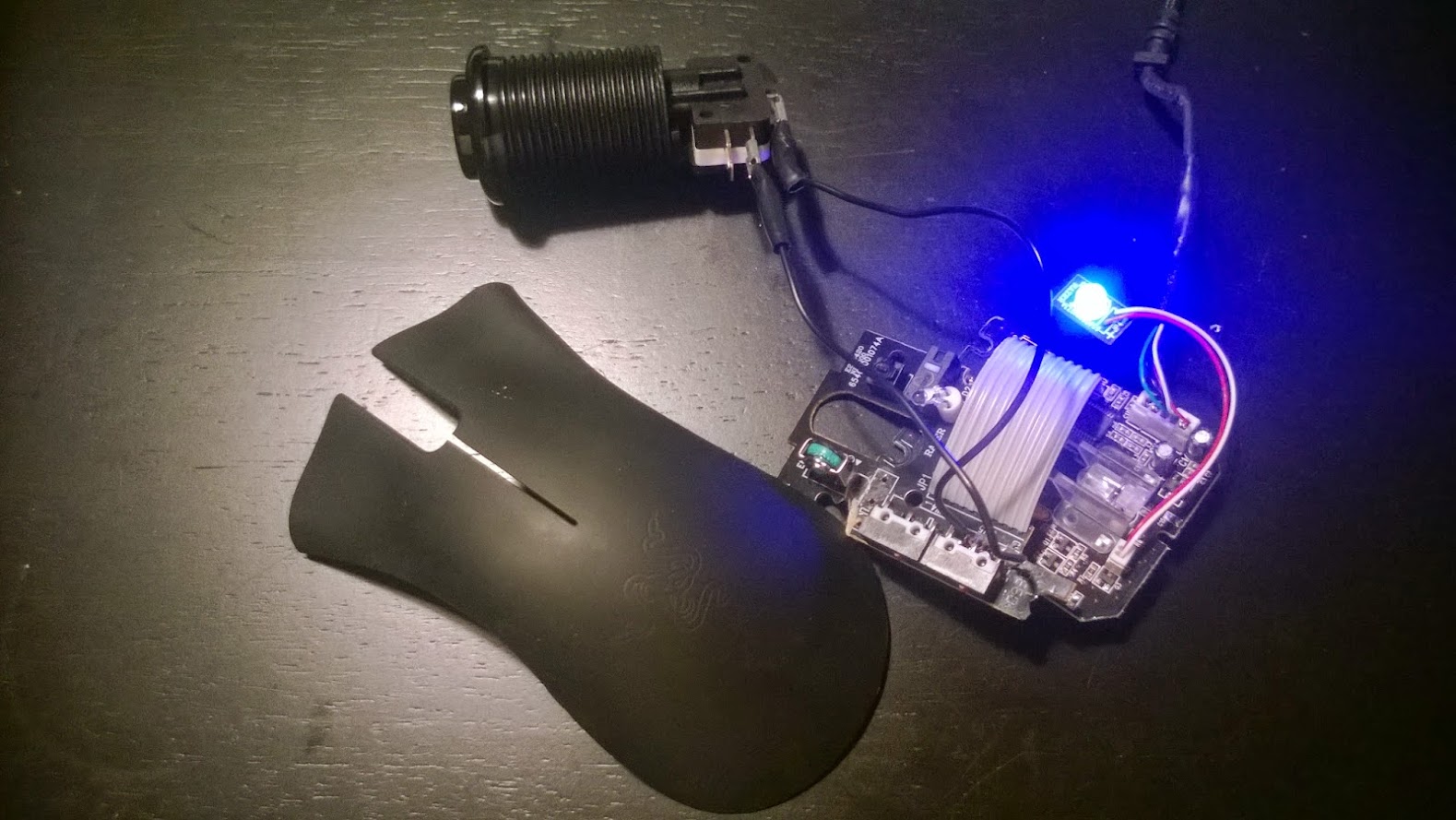 I decided to use the back button on the side of the mouse as my button to wire in. I chose this button because it had the bare connectors exposed so that I could easily solder them on. The right click button used the eyelets and that was just more difficult to get an extra wire in. I cut off some fresh wires to go from my arcade button to the switch on the mouse button, but before soldering my wires I just wrapped them on and did a quick test to see if I could get a back mouse button to activate to verify that I had the connection working. I plugged in the USB cable for the mouse and went to a webpage to use the arcade button. Sure enough, it took me back. This meant that I could write code to detect this mouse button and use it just as I did in the previous way of the keyboard emulation through the XArcade controller.

I finished up the crude soldering. Here is the resulting solder: 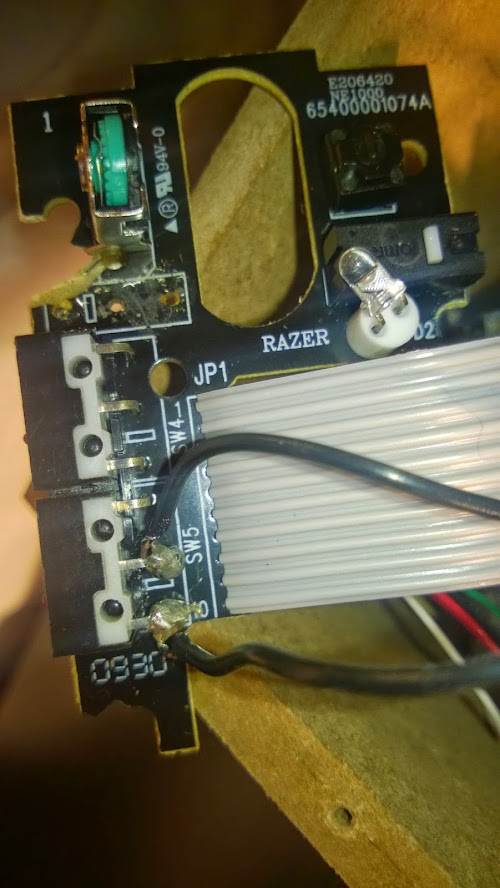 Once I had this I just had to put it in the box that I already made from last year and now I have just as good of a solution as I did before. I have a box with a button that plugs in via a USB cable. I just had to change my code that was previously detecting the "1" key on the keyboard to detect a mouse click. 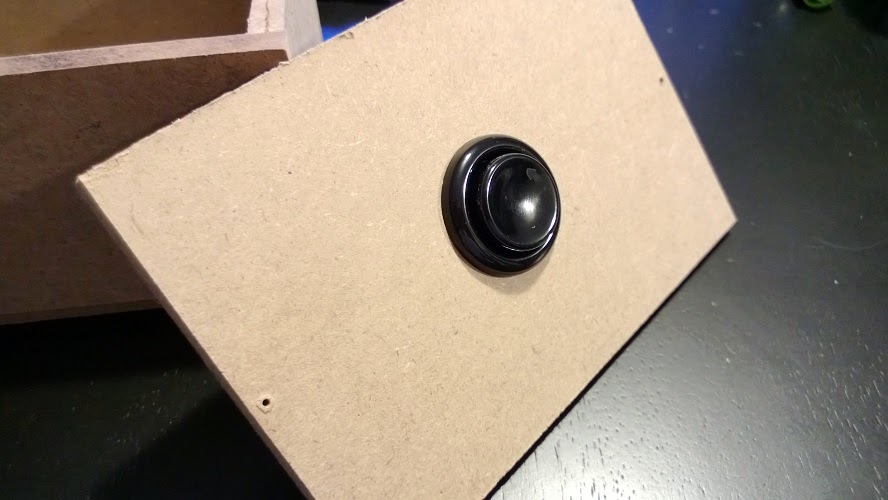 A few years ago I realized that I try a lot of different beers. I always thought that it…